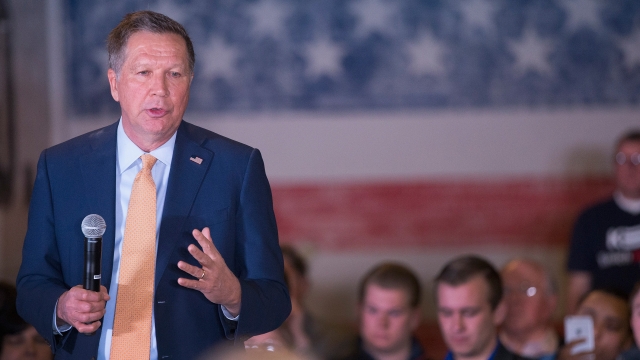 A Wisconsin sheriff has posted dashcam footage of Ohio Gov. John Kasich getting pulled over in 2008. The video was a topic of discussion back in 2011.

In what appears to be an attempt to damage Ohio Gov. John Kasich's presidential campaign, a Wisconsin sheriff has posted footage online of Kasich getting pulled over in 2008.

He also referenced a speech Kasich gave in 2011 when he repeatedly referred to the police officer who pulled him over as an "idiot."

The officer stopped Kasich for passing too close to an emergency vehicle, which Kasich said he never saw.

The dashcam footage tweeted by Milwaukee County Sheriff David A. Clarke Jr. appears to show Kasich passing an emergency vehicle that was pulled over with its lights on.

The 2008 traffic stop was a topic of discussion in 2011. That year Kasich said he apologized for his remarks and the officer accepted.

In tweets accompanying the video, the sheriff accuses Kasich of being "anti-cop."

This video includes clips from Kasich for America and images from Getty Images.