Flynn's Foreign Payments May Have Broken The Law 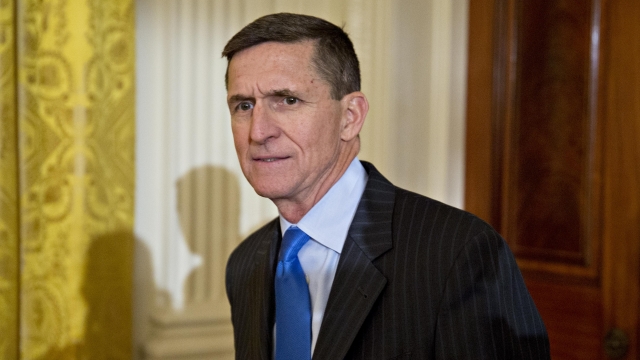 SMS
Flynn's Foreign Payments May Have Broken The Law

Leaders of the House Oversight Committee say retired Lt. Gen. Michael Flynn apparently didn't seek or get permission to give a paid speech for a Russian government-owned TV station in 2015. They also say Flynn didn't disclose the payment one month later when he tried to get his security clearance renewed.

"Personally, I see no information or no data to support the notion that Gen. Flynn complied with the law," Rep. Jason Chaffetz said Tuesday.

Flynn, who President Trump fired from his post as national security adviser in February, was paid $45,000 for the speech.

Addressing reporters after a classified briefing Tuesday, House Oversight Committee Chairman  Chaffetz said Flynn would have needed permission from the secretaries of state and defense. Neither department has been able to provide information showing Flynn did try to get that permission.

Last month, Flynn retroactively filed as a foreign agent for over $500,000 worth of lobbying work he and his firm did that "could be construed to have principally benefited the Republic of Turkey." The work was conducted in the summer and fall of 2016, when Flynn was also an adviser to the Trump campaign.

"As a former military officer, you simply cannot take money from Russia, Turkey or anybody else. And it appears as if he did take that money. It was inappropriate and there are repercussions for that violation of law," Chaffetz said. 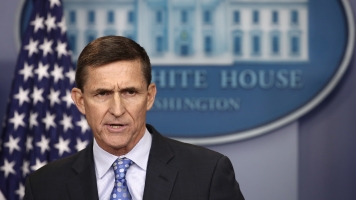 The committee has sought more information, including documents related to the Trump administration's vetting of Flynn for the national security adviser position and his subsequent firing.

"The White House has refused to provide this committee with a single piece of paper in response to our bipartisan request, and that's simply unacceptable," ranking member Elijah Cummings told reporters.

The White House, in a letter to the committee, said the documents requested were either held at other agencies, predated Flynn's employment at the White House or contained information that was "sensitive." But that response has raised more questions.

"But you're acting as if you had no custodial or ethical responsibility of your own transition," CBS' Major Garrett said.

Meanwhile, Flynn's attorney said in a statement that Flynn "briefed the Defense Intelligence Agency ... extensively" about his visit "before and after the trip."