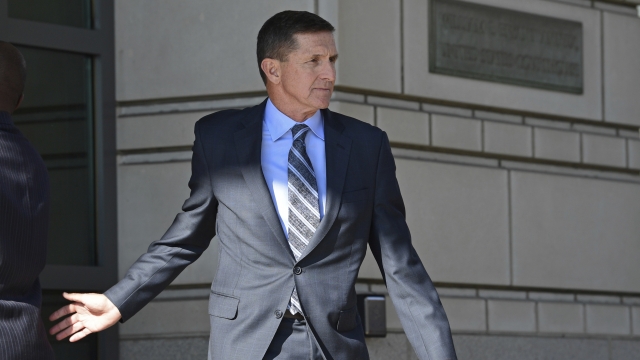 He's also asking the court to remove the U.S. district judge who's currently overseeing the proceedings.

Let's catch you up: Flynn pleaded guilty in 2017 to lying to the FBI amid special counsel Robert Mueller's Russia probe about conversations he had with a Russian ambassador. But Flynng's lawyers asked a judge to withdraw his guilty plea back in January, and U.S. Attorney General William Barr later called for a full review of the case.

That review resulted in the Justice Department announcing it was dropping the criminal case against Flynn earlier this month. But U.S. District Judge Emmet Sullivan has yet to dismiss it.

Sullivan's instead scheduled a period to solicit opinions from outside parties and has appointed a former judge to argue against the DOJ's request to drop the case.

In a petition filed late Tuesday, Flynn's attorney Sidney Powell wrote, "The district court has no authority to adopt the role of prosecutor or change the issues in the case by inviting or appointing [outside parties] to perform the investigation or prosecution that the court deems appropriate."

She's now asking the appeals court to drop the case against her client, stop outside parties from weighing in and remove Sullivan from the proceedings.

It's unclear when the appeals court will rule on Flynn's request. Meanwhile, Sullivan is scheduled to hear oral arguments in the case on July 16.