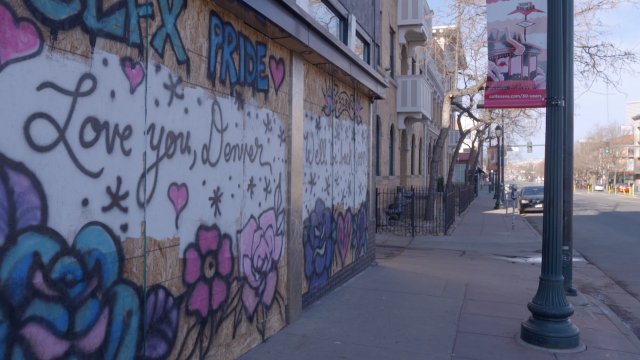 Millions of Americans are under shelter-in-place orders, but some elected leaders are resisting urgent calls from public health officials to impose strict social distancing policies.

"Everything the CDC has said, I've put in statewide. The CDC has not said do a statewide lock down," DeSantis said.

Florida Gov. Ron DeSantis has so far rejected calls for a widespread shelter-in-place order. More than a dozen counties in the Florida panhandle have zero confirmed cases, and the governor says he doesn't want to force all of them to stay home when their risk is so low.

"And I also look at some of these other states that have done it and I see massive noncompliance, and I'm not even sure how effective it is. If you're doing a big block party in California during a lockdown, wouldn't it be better to just go to work? I mean, you're probably going to transmit the virus less in the office than you are with a bunch of drunk idiots in a block party," DeSantis said on Tuesday.

In Texas, Lt. Gov. Dan Patrick said his biggest concern isn't getting sick, it's the impact on the American economy.

"No one reached out to me and said, as a senior citizen, 'Are you willing to take a chance on your survival in exchange for keeping the America that all America loves for your children and grandchildren?' And if that's the exchange, I'm all in," Patrick said.

DeSantis said he'll continue to work with local leaders who decide they need to take stronger action, and Patrick emphasized that he supports the Trump administration's 15-day plan to slow the spread.

But statewide leaders aren't the only ones being questioned. Liberty University in Virginia has been under fire for allowing students back on campus after Spring Break. The school's president, Jerry Falwell Jr., said they didn't want to leave students with nowhere to go, especially their international students. Classes are all online, and for the few who are on Liberty's campus, Falwell said they've taken a number of precautions.

"In the computer labs, only every third computer works, so they don't sit next to each other. The Virginia Department of Health did an inspection, and the boss said he wanted to talk to someone about the fantastic, effective prevention practices our health inspectors observed while on your campus today," Falwell said.

Leaders who are opting for fewer restrictions are following the lead of President Trump, who has repeatedly questioned whether the economic and social costs of shelter-in-place orders are worth it.