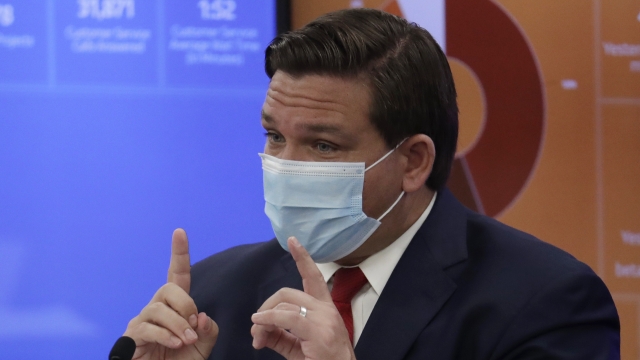 The Florida Education Association says government officials are violating the state's constitution, which requires public schools to be "safe [and] secure."

The state is currently seeing a surge in coronavirus cases; it has reported more than 360,000 cases and more than 5,000 deaths since the pandemic began.

FEA President Fedrick Ingram said in a statement, "The governor needs to accept the reality of the situation here in Florida, where the virus is surging out of control."

The lawsuit targets an emergency order. Florida Education Commissioner Richard Corcoran, one of the defendants listed in the lawsuit, issued an order earlier this month that requires schools to be physically open at least five days a week for all students. Some Florida school boards have argued against the move, saying it should be up to local officials to decide when schools reopen.

DeSantis recently said the order was entirely the Education Department's idea, but Corcoran has said the department worked with the governor's office on the policy.