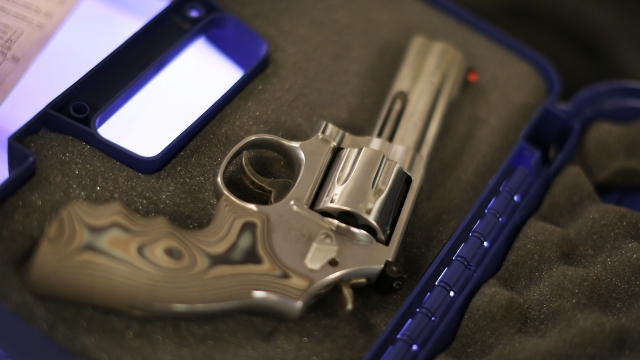 With Congress back in session after the summer recess, many people expect gun legislation to be high on the agenda. Lawmakers might consider "red flag" legislation, and Florida's current law could serve as a road map.

"That law is being used by law enforcement to get a judge to take away guns from someone who is deemed to be a threat to himself or others. It's been used about 2,500 times in the state of Florida in the past year and a half. That's about five times a day," said Palm Beach County State Attorney Dave Aronberg.

Red flag laws temporarily take firearms away from people who could pose a risk to themselves or others. And those statistics about the law's use in Florida are pretty spot on. Let's dig into the details.

In Florida, red flag action is initiated by law enforcement. Officers file a petition in court asking a judge to authorize the removal of a person's firearms. The law took effect in March 2018, and estimates on the number of risk protection orders since then range from about 2,000 to 2,500. Divvy those up to a daily average, and you get four or five orders per day.

The chief judge in Broward County told our partners at Politifact that initial hearings typically happen within 24 hours. At that point, the court can issue a temporary removal order. Then within the next few weeks, the judge holds a final hearing. That's when the person involved is able to oppose the order, and the judge issues a final order which can be in effect for up to a year.