Florida Shooting Suspect Raised Officials' Concern As Far Back As 2016 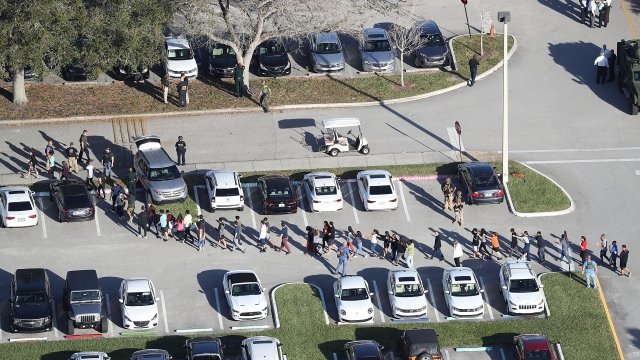 SMS
Florida Shooting Suspect Raised Officials' Concern As Far Back As 2016
By Lindsey Pulse
By Lindsey Pulse
February 17, 2018
Outlets report Florida officials investigated the 19-year-old suspect after he posted a video on social media showing him cutting his arms in 2016.
SHOW TRANSCRIPT

The 19-year-old who confessed to the shooting at Marjory Stoneman Douglas High School in Parkland, Florida, may have been on authorities' radar as far back as 2016.

Outlets report the suspect was investigated by state officials after he posted a video on Snapchat showing him cutting both of his arms. He also reportedly said he planned to buy a gun.

Officials interviewed the suspect but ultimately decided he was stable and already receiving adequate support from a counselor.

The news comes a day after the FBI admitted it failed to investigate a tip it received about the suspect in January.