Florida Shooting Survivors Now At The Center Of Conspiracy Theories 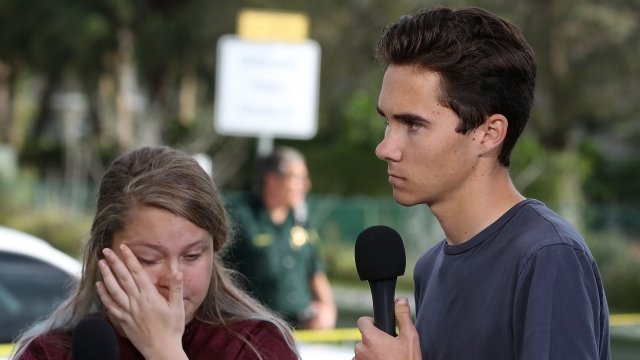 Students who survived the deadly school shooting in Florida are falsely being called "crisis actors."

In the days after the deadly shooting at Marjory Stoneman Douglas High School in Parkland, Florida, outspoken students who survived the attack are at the center of national news coverage.

They're also at the center of rampant conspiracy theories and smear campaigns.

Two of the students — David Hogg and Emma Gonzalez — have falsely been called "crisis actors." People have accused them of being paid to travel to the site to act as victims.

"These people saying this is absolutely disturbing, and I'm not an actor in any sense, way, shape or form. I'm the son of a former FBI agent, and that is true, but as such, it is also true that I went to, that I go to Stoneman Douglas High School," Hogg said.

A video suggesting Hogg is an actor was the No. 1 trending video on YouTube on Wednesday until it was taken down.

Our special report shows the harassment and online targeting that plays out in the shadows of America's biggest tragedies.

Other theories suggest the students are taking advantage of the tragedy to further a liberal, anti-gun agenda.

Far-right website The Gateway Pundit published a story claiming the students are being used as political tools by the far left.

Hogg, who has been at the forefront of a lot of the conspiracies, denounced the claims.

"I was a witness to this. I'm not a crisis actor. I'm somebody that had to witness this and lived through this, and I continue to have to do that," Hogg said.