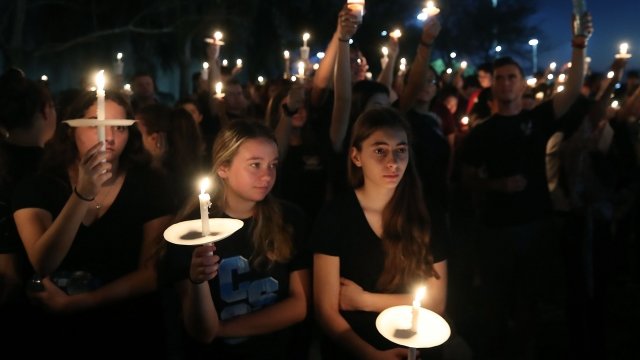 The 19-year-old who confessed to investigators to killing 17 people at Marjory Stoneman Douglas High School in Parkland, Florida, is willing to plead guilty, according to his defense. He's seeking life without parole.

The suspect was erroneously connected to a white supremacist group after the group's leader told the Anti-Defamation League and media outlets the suspect was a member. Law enforcement said they found no evidence connecting the suspect to the group. That false connection seems to have been propagated by white nationalist online trolls on sites like Discord and 4chan.

President Donald Trump visited families of victims on Friday. Friday is also the date for the first funeral for one of the victims.

Also on Friday, the FBI admitted it failed to pursue numerous tips that the suspect was a threat and even planning to commit a mass shooting at a school. Attorney General Jeff Sessions has opened an investigation into the issue, which officials said resulted in a failure to follow established protocol.