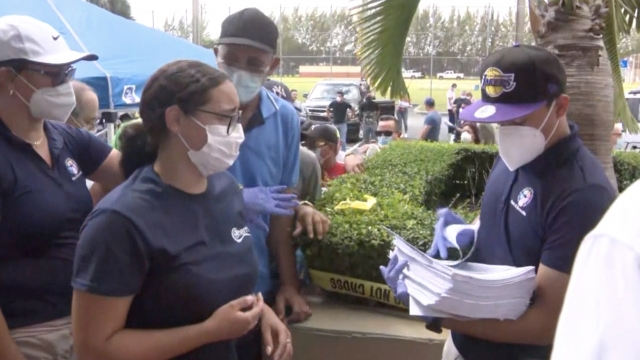 Florida officials say they've made it easier for people to apply for unemployment benefits.

"Last week, we had 17,000 applications go through in a day. As of last night, 62,000. That shows increasing speed in our ability to help Floridians," said Ken Lawson, executive director of Florida's Department of Economic Opportunity.

But Floridians who are trying to use that system are telling a different story.

"I never thought the unemployment system in the state of Florida would be so bad," Freas said.

Since the pandemic began, the state installed 72 new servers for the Department of Economic Opportunity and those increased the website's functionality by 500%. Hundreds of people have been hired to help answer questions at the call center. The state launched a mobile-friendly online application and even started offering paper applications again.

But all those efforts haven't done enough to fix the overwhelmed system.

Michael Freas is a wedding photographer based in Key West. On Tuesday, he was lucky enough to get on the phone with someone from DEO, but still ran into multiple complications.

"Two hours of her manually entering my application. She was kicked out nine times. So that shows you the frustration level on their side because she’s just trying to do her job and she can’t even do her job because their system can’t handle it," Freas said.

Even the addition of paper applications came with problems as desperate Floridians waited in long lines to get one of those printed forms.

Like the rest of the country, unemployment numbers started to skyrocket in Florida around March 15. In just two weeks, the number of Floridians filing initial unemployment claims went from about 6,000 to over 228,000 people. And that sudden increase overwhelmed the state's website and call center.

Freas has been following the news closely and he understands the state is trying to do better. But he's tired of being told to be patient.

"Don’t tell us what you’re going to do. Show us. Actions speak louder than any press release, any press conference, any social media post. Because until then it’s all just fluff," Freas said.