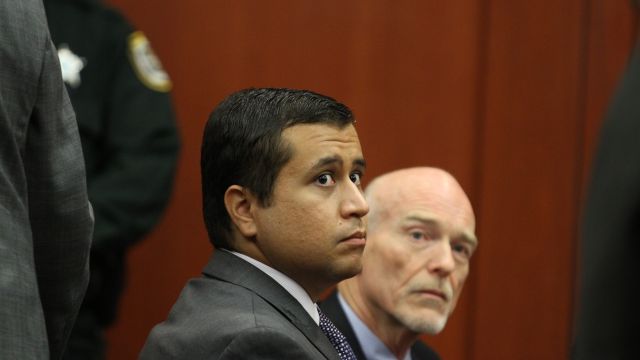 SMS
Study Links Florida's 'Stand Your Ground' Law To Rise In Violence
By Jamal Andress
By Jamal Andress
January 10, 2017
The study showed a rise in Florida's homicide rate and homicide by firearm rate in the years after the controversial law was implemented.
SHOW TRANSCRIPT

"Stand your ground" — the controversial law that was at the center of the Trayvon Martin case — has been found to be "associated with a significant increase in homicides and homicides by firearm."

To refresh your memory, the law was implemented in Florida in 2005, and it grants widespread legal immunity to people who use lethal force in self-defense. It also gets rid of any duty to retreat if the person in question feels threatened.

According to a study published in the Journal of the American Medical Association, Florida's overall monthly homicide rate after "stand your ground" was implemented jumped by nearly 25 percent. Similarly, the rate of homicide by firearm saw a 31 percent increase.

The Florida murder rate in 2005 when "stand your ground" was implemented was 4.9 deaths per 100,000 residents, or 881 total murders. Of those, about 59 percent were by firearm. The next year, the murder rate jumped to 6.2 deaths per 100,000 residents — 1,129 murders — and more than 65 percent were by firearm. The murder rate in 2005 was particularly low, and it had been dropping for several years. But in the 10 years after "stand your ground" was implemented, the rate didn't get that low again.

The data studied covers 1999 to 2014. It compares the homicide rate in Florida with the rates in New York, New Jersey, Ohio and Virginia — states without "stand your ground" laws.

To be clear, the study does not claim the "stand your ground" laws caused an uptick in homicides, but rather that the two are associated with one another.

According to the Law Center to Prevent Gun Violence, 25 states have adopted some form of "stand your ground" law since Florida did it in 2005.