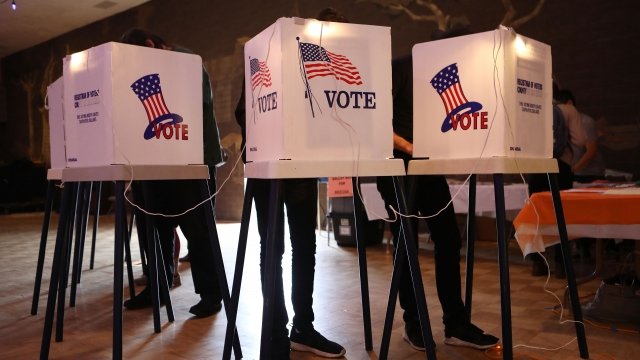 Voting rights were restored Tuesday for more than 1 million people in Florida with felony convictions.

An amendment passed in November changed the state's constitution to allow most felons to vote after they've completed their time, including any parole or probation. Voting rights are not automatically restored for people convicted of murder or sex offenses.

Florida previously had one of the strictest disenfranchisement laws in the country. If felons wanted the right to vote after completing their sentences, they were required to submit an appeal to the state — a process that could take years.

Rick Scott, who served his last full day as Florida governor on Monday, reportedly only restored voting rights to about 3,000 felons during his two terms in office. That's significantly fewer than the 150,000 felons who regained their right to vote under Scott's predecessor.

Despite the fact that the amendment goes into effect Tuesday, state election officials say there are still some issues that need to be ironed out — including some sort of system to verify that a person applying to be added to the voter rolls really has completed the terms of his or her sentence.