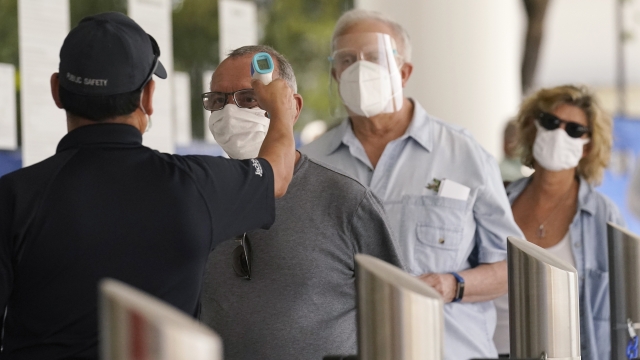 Health officials in Miami are vaccinating seniors at the city's largest hospital.

The vaccine campaign there starts with a delivery of frozen vials that arrive with armed guards. The vials are then put in a secret location where they are placed inside a padlocked freezer.

Residents know the process will be slow but are hopeful.

"To be able to get to every single person, it's going to take a long time, but at least it's a start," said Florida resident Ghulam Dandia. "And when you see setups like this, you're impressed that they're making an effort."

The hospital staff said they can thaw out only as much of the vaccine the hospital is allowed to administer that same day.

Once mixed, the vaccine is only effective for about six hours.