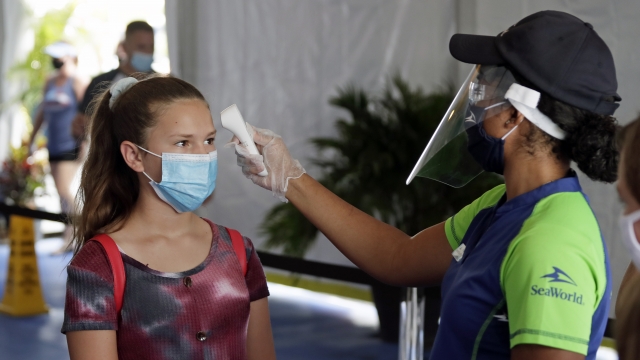 As Florida continues reopening efforts, the state's department of health reported its second consecutive day of more than 2,000 new COVID-19 cases over the weekend.

Earlier this month, bars and movie theaters were given approval to reopen, but with some restrictions in place. Meanwhile beaches in parts of the state have been reopening since April.

Still, ABC News reports that the mayor of Miami is considering delaying further reopening plans for the city, should the case numbers continue to climb quickly.