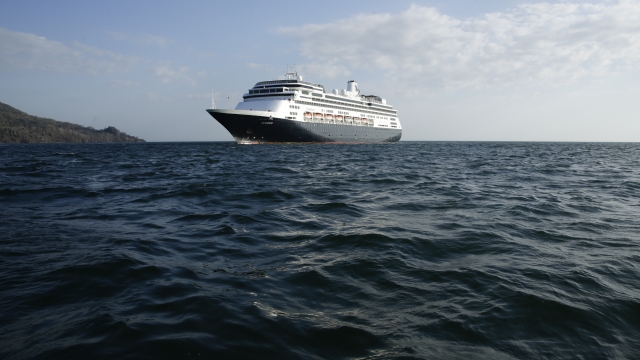 SMS
Florida Reaches Agreement With Cruise Ships To Disembark
By Adam Elrashidi
By Adam Elrashidi
April 2, 2020
Florida officials have reached a conditional agreement with two Holland America ships that will allow more than 200 sick people on board to disembark.
SHOW TRANSCRIPT

Two Holland America cruise ships anchored off the Florida coast will reportedly be granted permission to allow their passengers to disembark. The Zaandam and the Rotterdam arrived at Port Everglades on Thursday with more than 200 people exhibiting flu-like symptoms, including eight who tested positive for Covid-19.

Until now, it had been unclear whether Florida Gov. Ron DeSantis and state officials would allow the ships to dock. DeSantis had previously said he'd be willing to allow any Floridians on board to disembark.

The cruise liners had called on Florida officials to show "compassion" for their situation. On Thursday morning, Broward County Commissioner Michael Udine announced that a conditional agreement had been reached with Carnival Corporation, which owns Holland America.