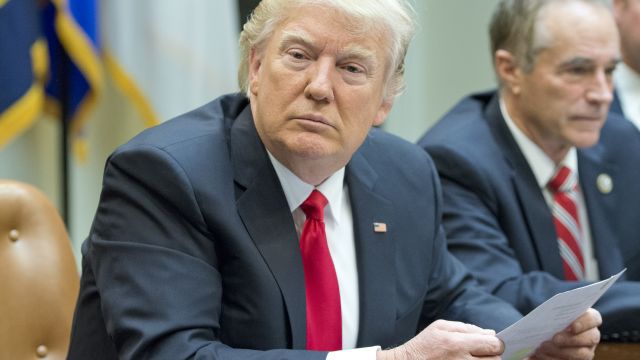 SMS
Recent Talk Of A Super Short Trump Presidency Is Just ... Talk
By James Packard
By James Packard
February 19, 2017
A Florida professor and historian thinks Donald Trump's presidency could be historically short. But there currently are no serious efforts to end it.
SHOW TRANSCRIPT

There's a professor and historian in Florida who believes Donald Trump could have the second-shortest presidency ever. But there's reason to take his prediction with a grain of salt.

Let's start with some history. The shortest presidency belongs to William Henry Harrison, who died of pneumonia on his 32nd day in office. The second shortest belongs to James Garfield, who died on his 200th day in office. He was shot a little over two months after his inauguration and died a few months later.

Fast forward to 2017, and Ronald Feinman, an author and professor at Florida Atlantic University, thinks Donald Trump's presidency could max out somewhere between 31 and 199 days after inauguration day. That window opens Monday.

But, let's get some perspective here. Feinman outlines his prediction in a blog post, and his claim is based largely on opinion.

Congress holds the power to impeach presidents. And some lawmakers have suggested it. 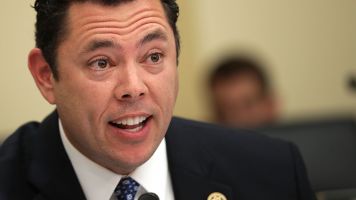 "We have to find out more about him. And some of that, I think, leads to the possibility of impeachment," U.S. Rep. Maxine Waters, a D-Calif., told CNN in early February.

Rep. Mark Pocan, D-Wis., called on the president to retract his travel ban executive order in early February, saying, "Short of that, we'll have to take other actions, including legislative directives, resolutions of disapproval, and even explore the power of impeachment."

But on Sunday, a Politico article noted a Democratic effort to calm the impeachment talk, worrying it could backfire on the party.

There are certainly no known genuine efforts underway to oust Trump, and right now, all predictions of his term being anything less than four years are nothing but talk.