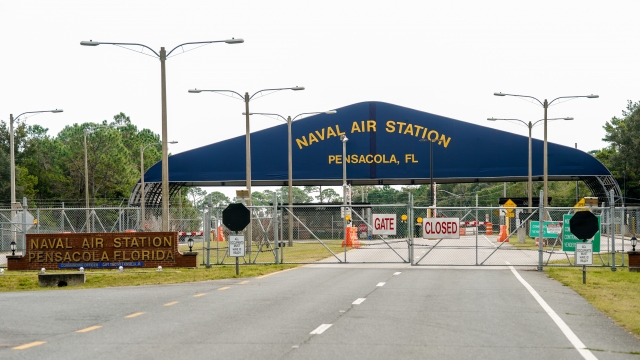 The FBI says Friday's deadly shooting at a Naval base in Pensacola, Florida, is being investigated as an act of terrorism, as new details about the gunman emerge.

Authorities say the shooter was a Saudi Arabian military member training at the base. They say he legally purchased the handgun he used to open fire in a classroom building before he was killed in an exchange of gunfire with police. The gunman reportedly bought the firearm through a setup that allows someone in the U.S. on a non-immigrant visa to purchase a gun.

The attack came just two days after a U.S. sailor killed two civilians and himself at the Pearl Harbor military base.

The Defense Department says it's reviewing its process for screening foreign students. U.S. Rep. Matt Gaetz, who represents the district that includes Pensacola, called for "extreme vetting" for foreign nationals who train at U.S. bases.

He said, "This event demonstrates a serious failure in the vetting process and in the way in which we invite these people to our community."

The FBI says the motive behind the gunman's actions remains unclear.