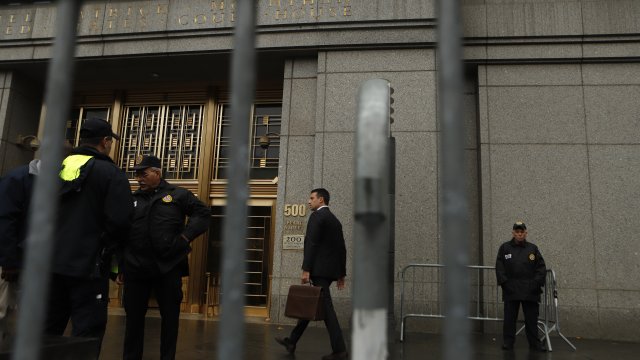 On Thursday, the Florida man accused of mailing bombs to prominent Democrats and CNN offices pleaded guilty in federal court.

Cesar Sayoc ended up pleading guilty to 65 felony counts. He initially only faced 30 charges, including multiple counts of interstate transportation and receipt of explosives and use of a weapon of mass destruction.

In November, over a dozen mail bombs were sent to several prominent Democratic politicians and donors, including Sens. Kamala Harris and Cory Booker, as well as the offices of CNN.

Sayoc was scheduled to head to court for a pretrial hearing after his lawyer entered a plea of not guilty in November. But prosecutors say the pretrial hearing was changed to a plea hearing last week.