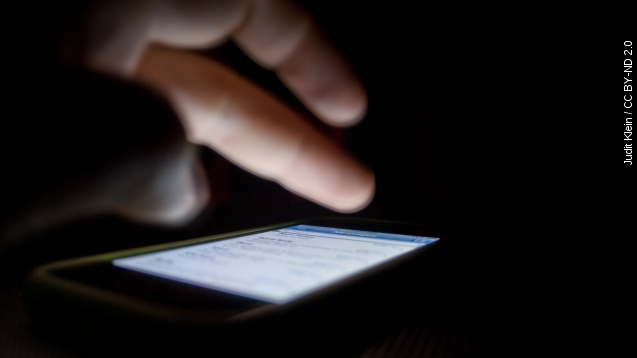 SMS
Florida Man Looking For Some 'Green' Accidentally Texts Cop
By Leah Becerra
By Leah Becerra
September 14, 2015
A 29-year-old Florida man wanting to buy drugs didn't realize he was texting an officer who worked for the narcotics unit.
SHOW TRANSCRIPT

Sending a text or even calling the wrong person can be embarrassing, but one Florida man's accidental message got him arrested.

The conversation started out with a "Hey, bro" there and a "What's up?" here, but what 29-year-old William Lamberson didn't realize is he had accidentally texted Capt. Brian Bergen of the Martin County Sheriff's Office, who also just so happened to be part of the narcotics unit. (Video via WPEC)

Lamberson was under the impression he was contacting someone he apparently met at 7-Eleven — someone he was trying to buy drugs from. Obviously, the captain was not that person.

At one point, the captain texted Lamberson asking, "You got any hooks for sum blow." Lamberson's reply — "I actually do man. Lol." — pretty much sealed his fate.

Lamberson was arrested Sept. 1 when he tried to make the exchange. He was charged with possession of a controlled substance with the intent to sell; only then was he informed he had the wrong number.