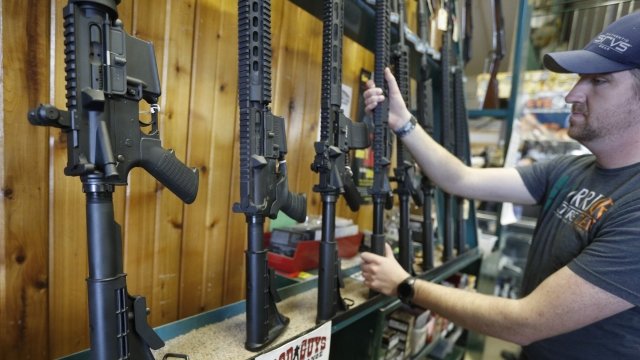 The bill is a direct response to the shooting at Marjory Stoneman Douglas High School. While students at the school went in for a longer day Wednesday, their first full day of classes since the shooting, some parents of shooting victims traveled to Tallahassee to see the vote on this bill.

It would fund mental health programs and initiatives to beef up school security. It would also allow some school employees to carry guns. Some raised a concern that measure meant that, under Florida's "Stand Your Ground" law, the bill would allow teachers and staff members to shoot students, even outside of an active shooter situation.

Most of the people who voted against the bill were Democrats, some of them angry that amendments proposing tougher gun restrictions were rejected. 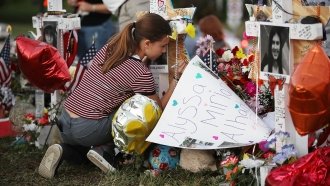 "Out of all of those amendments, not one, not one was taken into consideration in the plate of food that was pushed over to us and said, 'Eat it,'" Rep. Patricia Williams said during debate Wednesday.

The bill would let law enforcement take guns from people who threaten violence against themselves or others. It also bumps the minimum age for buying a gun up to 21 and imposes a three-day waiting period on all gun purchases.

The bill also includes $26 million to tear down and replace the building where the deadly shooting happened and put a memorial on the site.

The bill was sent to Gov. Rick Scott late Wednesday. It's not clear if he'll sign it into law.