The Florida Keys Are Reeling From Hurricane Irma Devastation 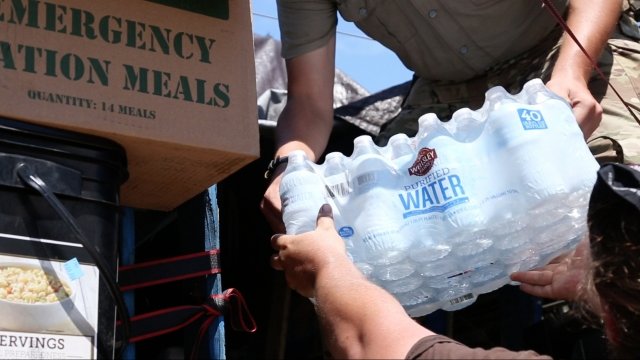 SMS
The Florida Keys Are Reeling From Hurricane Irma Devastation
By Newsy Staff
By Newsy Staff
September 15, 2017
Many homes along the 120-mile chain of islands are destroyed or are still inaccessible.
SHOW TRANSCRIPT

Hurricane Irma left a path of destruction across the Florida Keys. Now, the focus has turned to getting food, water and supplies to the storm's victims, and civilians across the U.S. are answering the call for help.

"I saw everything, and I was like, 'Wow, hopefully somebody does something about that.' And I'd say within a half-hour later, my truck was completely loaded," said Dillon McGrath from Granville, Ohio. "Had no idea what I was doing." 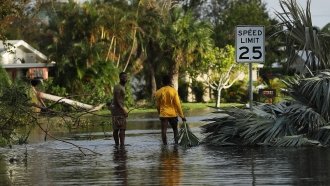 How Can Cities Protect Against Hurricanes?

Some parts of the Keys are still inaccessible or are blocked off by local authorities. Other islands are in recovery mode, with homeowners surveying unprecedented damage.

"See that yellow line? That's how high the flood got through here," said Dana Fate, whose home sustained heavy damage from Irma. "All this was underwater, all the way up there. I didn't think this was house was going to make it. Any worse, it wouldn't have. It stretched it to the limit, it did."