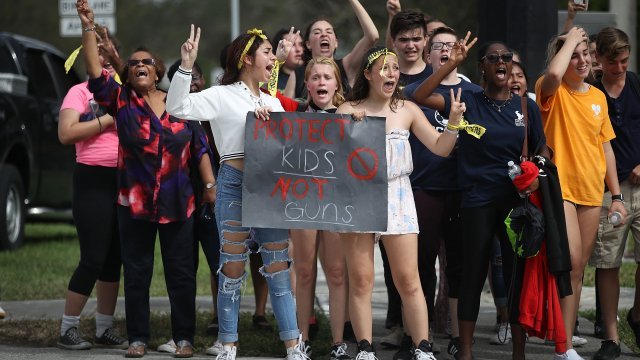 Days after 17 people were killed in a Florida high school shooting, the state's House overwhelmingly voted not to ban assault weapons, effectively halting the measure this session.

Students from Marjory Stoneman Douglas High School were in the gallery when lawmakers voted 36-71 against a motion to consider banning assault weapons and large capacity magazines.

Police say the 19-year-old arrested in connection with the shooting used an AR-15 rifle.

The news comes as President Donald Trump announced he directed Attorney General Jeff Sessions to ban "all devices that turn legal weapons into machine guns." That would include bump stocks, which make it easier to fire rounds more quickly.

No Charges To Be Filed In Brown Shooting By N.C. Deputies