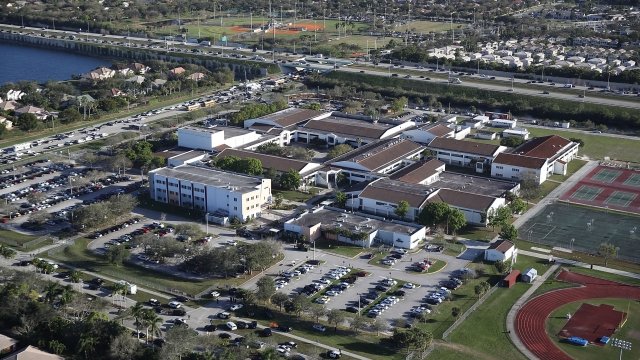 Police reports say the 19-year-old suspect accused of killing 17 people in a Florida high school shooting confessed to investigators. The suspect appeared in court Thursday. He's been charged with 17 counts of premeditated murder.

Police arrested him in a nearby neighborhood. He told investigators he dropped his assault rifle-style weapon and concealed himself among the crowd fleeing Marjory Stoneman Douglas High School after firing into several classrooms.

The Broward County schools superintendent said the suspect was recently expelled from the school for unspecified disciplinary reasons.

A U.S. official told CNN he purchased the weapon legally after passing a background check. He concealed extra loaded magazines in his backpack.

Additionally, a man believed to lead a white nationalist group claimed the suspect had participated in paramilitary drills with the group and was a member.