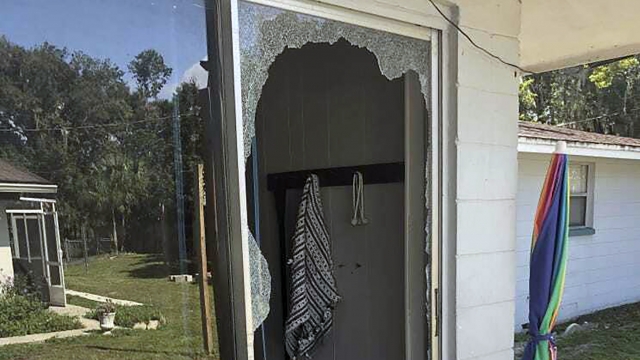 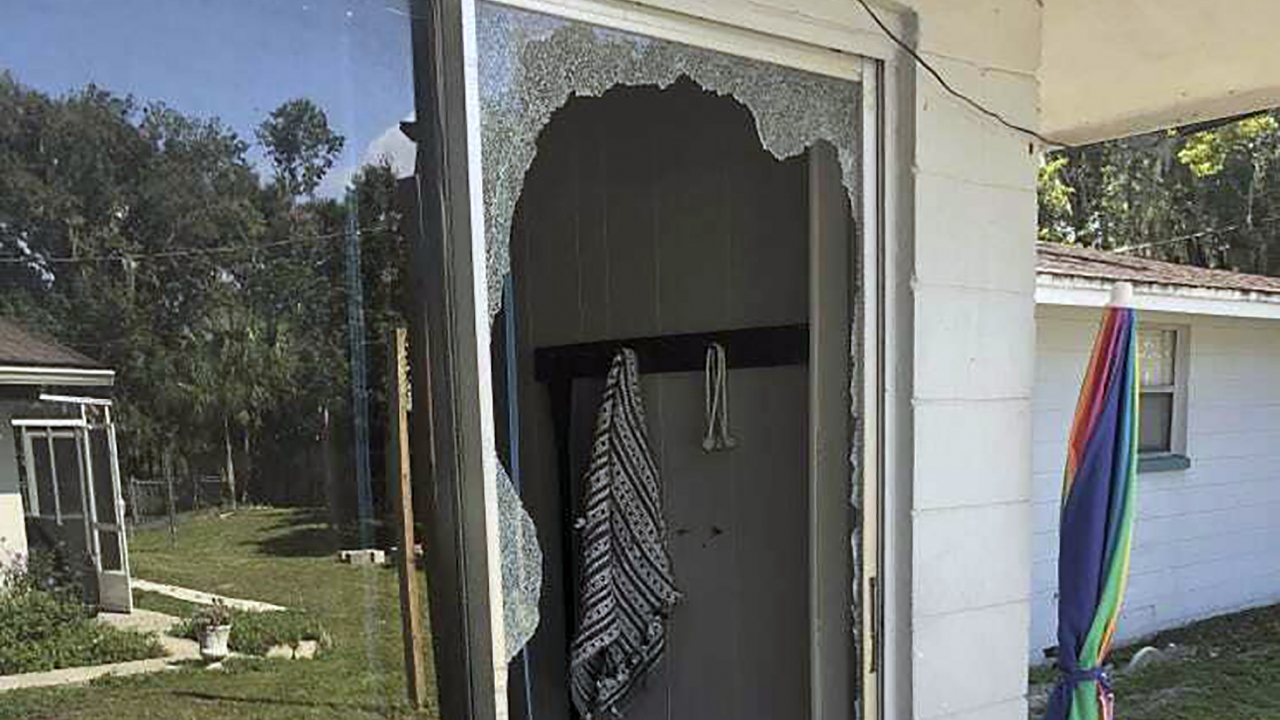 A man wearing full body armor fatally shot four people, including a mother and the 3-month-old baby she was cradling, and engaged in a massive gunfight with police and deputies before he was wounded and surrendered, a Florida sheriff said Sunday. An 11-year-old girl who was shot seven times survived.

Polk County Sheriff Grady Judd said during a press conference that even after the 33-year-old man was arrested Sunday morning, he was so aggressive that he tried to wrestle a gun from police as he lay on his hospital gurney.

Judd said the man, a former Marine who served as a sharpshooter in both Iraq and Afghanistan, seemed to have targeted his victims at random and appeared to be suffering from mental health issues. Judd said the man's girlfriend told authorities he had been slowly unraveling for weeks and repeatedly told her that he could communicate directly with God.

“They begged for their lives and I killed them anyway,” Judd said the suspect told them during an interrogation.

Investigators said preliminary evidence shows 40-year-old Justice Gleason just happened to be an unlucky stranger out mowing his lawn Saturday night when the gunman drove by his home in Lakeland, about 30 miles east of Tampa, saying God told him to stop because Gleason’s daughter was going to commit suicide.

A second, unidentified person also confronted the gunman, telling him that story wasn’t true and warned they’d call police if he didn’t leave, Judd said. He referred to the person as a victim but declined to clarify which one.

Authorities responded to the scene but never found the suspect.

About nine hours later, around 4:30 a.m., he returned to the home, laying out glowsticks to create a path leading to the house to draw officers “into an ambush,” Judd said.

Randomly, a lieutenant far in the distance heard popping noises and immediately put the agency on active-shooter mode, bringing all state and local law enforcement in the area to the scene.

Following the sounds of gunfire, authorities arrived at the home and found the suspect's white truck ablaze and him unarmed outside, dressed in camouflage.

The man immediately ran inside, where authorities heard another round of gunfire, “a woman scream and a baby whimper,” Judd said.

Officers tried to enter the front of the house, but it was barricaded. When they circled to the back, they encountered the suspect, who appeared to have put on full body armor including head and knee coverings and a bulletproof vest.

Authorities exchanged heavy gunfire, with dozens “if not hundreds of rounds” fired, before the suspect retreated back into the home, according to the sheriff.

Everything fell silent, Judd said, until a helicopter unit alerted authorities on the ground that the man was coming out. He had been shot once and was ready to surrender.

Meanwhile, officers heard cries for help inside the home, but were unsure whether there were additional shooters and feared the home was booby-trapped. A brave sergeant rushed in and grabbed the 11-year-old girl who had been shot at least seven times.

She told deputies there were three dead people inside, Judd said, adding that she was rushed into surgery and was expected to survive.

Deputies sent robots into the home to check for explosives and other traps. When it was clear, they found the bodies of Gleason; the 33-year-old mother; the baby; and the baby’s 62-year-old grandmother, who was in a separate home nearby. Authorities released only Gleason’s name, and did not say if or how he was related to the other victims.

Authorities declined to say how many times the victims had been shot or where they were in the home, but said they were all hiding and huddling in fear. The family dog also was shot to death.

Authorities said the suspect’s girlfriend of four years, whom he lived with, had been cooperative and was shocked, saying he was never violent but suffered from PTSD and had become increasingly erratic.

She said he’d spent the previous week on what he called a mission from God, stockpiling supplies that he said were for Hurricane Ida victims, including $1,000 worth of cigars.

“Prior to this morning, this guy was a war hero. He fought for his country in Afghanistan and Iraq,” said Judd. “And this morning he’s a cold-blooded killer.”

The man, who had no criminal history, also told authorities he was on methamphetamines. His vehicle had also been stocked with supplies for a gunfight, authorities said, including bleeding control kits.

While being treated at the hospital, he jumped up and tried to grab an officer’s gun.

“They had to fight with him again in the emergency room,” Judd said, adding that he was ultimately tied down and medicated.

He is expected to recover and will be transferred to jail to face charges.

“The big question that all of us has is, ‘Why?’” State Attorney Brian Haas said. “We will not know today or maybe ever.”