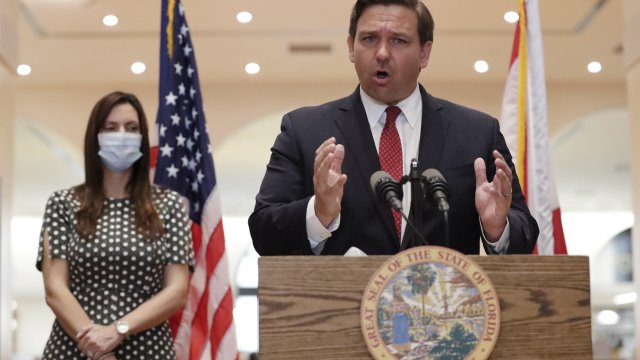 Florida Gov. Ron DeSantis said he would appeal a court decision affecting the voting rights of hundreds of thousands of felons.

DeSantis said he would also ask for a stay in the judge's ruling to prevent it from going into effect before the 2020 election — where Florida is seen as a crucial swing state.

In 2018, Florida citizens voted to update the state's constitution, allowing felons who had completed their sentence to vote if they weren't convicted of sex crimes or murder. However, DeSantis signed a bill in 2019 requiring ex-felons to meet their financial court payments and fees before being allowed to vote.

Opponents of the law have called it a poll tax, stating many ex-felons fines are too large while others are not able to confirm how much they owe.

Judge Robert Hinkle ruled Sunday the law created an "unconstitutional pay-to-vote system," adding the law "falls short" in its argument as to why barring felons this way is required.

Reuters reports over 775,000 Florida ex-felons with court costs could be barred from voting in the 2020 presidential election should the law stay in place.