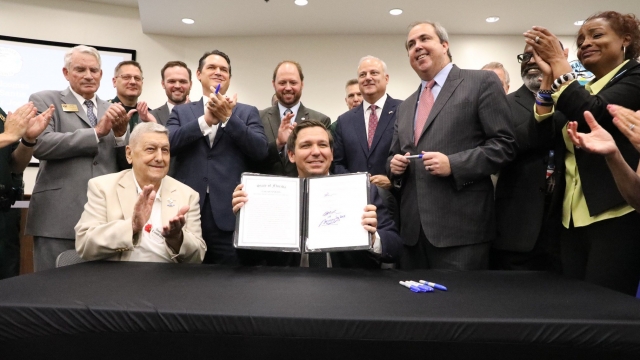 Now all the state's law enforcement agencies will have to cooperate with federal immigration authorities. It's one of the strictest sanctuary city bans in the nation.

The ban focuses mostly on immigration detainers. Those are requests for law enforcement to hold a potentially deportable individual for up to 48 business hours beyond when they would have been released.

While Florida doesn't have any official sanctuary cities or counties, there have been cases of officials refusing to honor a detainer without a judicial order or criminal warrant.

Gov. Ron DeSantis said in a statement, "This law ensures we do not treat non-citizens better than Americans and it will help ensure Floridians are not being victimized by illegal aliens."

The ACLU of Florida issued a travel alert for the state in response to the bill, saying it "put[s] immigrants at risk of violence, potentially forcing victims and witnesses to stay silent for fear of deportation."