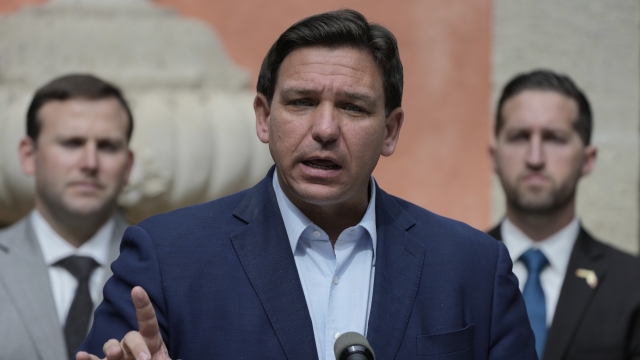 Florida Gov. Ron DeSantis signed a 15-week abortion ban into law Thursday as the state joined a growing conservative push to restrict access ahead of a U.S. Supreme Court decision that could limit the procedure nationwide.

The new law marks a significant blow to abortion access in the South, where Florida has provided wider access to the procedure than its regional neighbors.

The new law, which takes effect July 1, contains exceptions if the abortion is necessary to save a mother’s life, prevent serious injury or if the fetus has a fatal abnormality. It does not allow for exemptions in cases where pregnancies were caused by rape, incest or human trafficking. Under current law, Florida allows abortions up to 24 weeks. 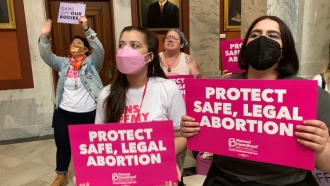 Elsewhere in the United States, Republican lawmakers have introduced new abortion restrictions, some similar to a Texas law that bans abortion after roughly six weeks and leaves enforcement up to private citizens, which the U.S. Supreme Court decided to leave in place.

Oklahoma Republican Gov. Kevin Stitt recently signed a bill to make it a felony to perform an abortion, punishable by up to a decade in prison. Arizona Republican Gov. Doug Ducey in March signed legislation to outlaw abortion after 15 weeks if the U.S. Supreme Court leaves Mississippi’s law in place.

If Roe is overturned, 26 states are certain or likely to quickly ban or severely restrict abortion, according to the Guttmacher Institute, a think tank that supports abortion rights. During debate of the Florida legislation, Republicans have said they want the state to be well placed to limit access to abortions if the U.S. Supreme Court upholds Mississippi’s law.