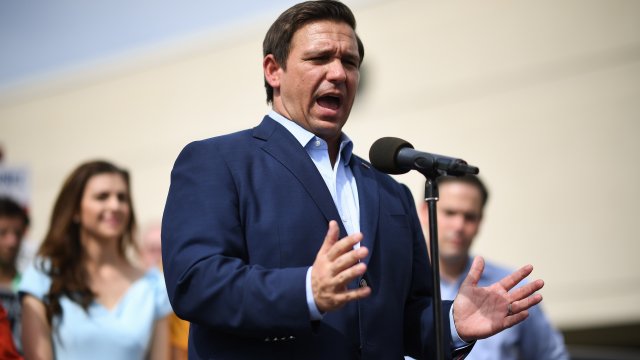 SMS
Florida Gov. Signs Bill Allowing Felons To Vote After Paying Fines
By Alec Larson
By Alec Larson
June 29, 2019
Under the new law, felons would have to pay all fines and restitution before they can regain their voting rights.
SHOW TRANSCRIPT

Florida Gov. Ron DeSantis signed a bill Friday that will allow felons who have served their time to regain their voting rights after paying all remaining fines and restitution.

The provision that felons have to pay their fines before qualifying to vote immediately drew criticism from the ACLU.

The organization filed a lawsuit Friday that alleges the new law will deprive citizens their right to vote and disproportionately affect those who aren't wealthy.

The suit says, "This disenfranchisement will be borne disproportionately by low-income individuals and racial minorities, due to longstanding and well-documented racial gaps in poverty and employment."

In November, Florida voters passed an amendment that allowed felons to regain their voting rights after completing their sentences. Republican Gov. DeSantis opposed the amendment, eventually moving forward with the new law that includes the added provisions.

In response to critics who say the requirements are essentially a poll tax, DeSantis has said the "idea that paying restitution to someone is equivalent to a tax is totally wrong."