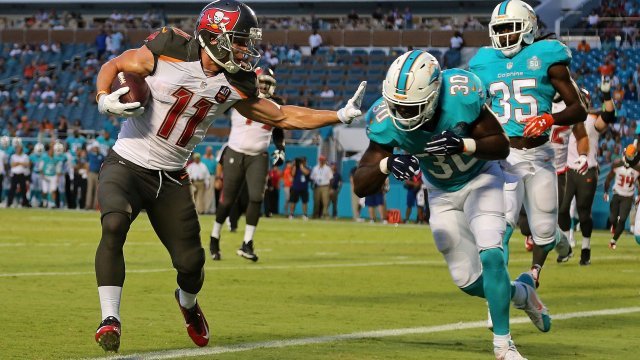 While most NFL teams are gearing up for their Week 1 matchups this weekend, teams in Florida are evacuating from the path of Hurricane Irma.

The Miami Dolphins and Tampa Bay Buccaneers were slated to kick off the season in Miami's stadium, but the NFL decided to postpone the game.

Irma is now a Category 5 storm, with maximum sustained wind speeds of 185 mph. It slammed into the island of St. Martin in the Atlantic Ocean. Authorities said even the "most solid buildings on the island have been destroyed," and now it's heading toward Florida.

Miami's Hard Rock Stadium was just upgraded to withstand hurricanes as high as Category 4. It's tough to predict a hurricane's path, but Irma could hit Florida just hours before the game was scheduled to begin. 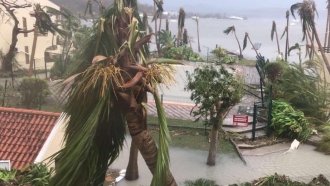 Hurricane Irma Pummels The Caribbean; Florida Could Be Next

Fortunately, the Bucs and Fins happened to have their bye weeks at the same time, so the game has been rescheduled for Nov. 19.

Unfortunately, that means both teams will play 16 straight games without a break. Teams use the bye week to rest and regroup during the season, and both the Buccaneers and Dolphins said they preferred to play the Week 1 game as scheduled, but on a neutral field.

This hurricane season has wreaked havoc on the sports world. The Houston Astros were forced to play a series in Tampa Bay due to flooding from Hurricane Harvey.

The Astros wanted to play the Texas Rangers in Arlington, Texas. But their in-state rivals refused to give up a home series later in the season.

College football teams like Florida and Florida State moved up Saturday start times, and the Miami Hurricanes canceled their game altogether to avoid traveling during the storm.