State Of Emergency Declared In Red Tide-Devastated Areas Of Florida 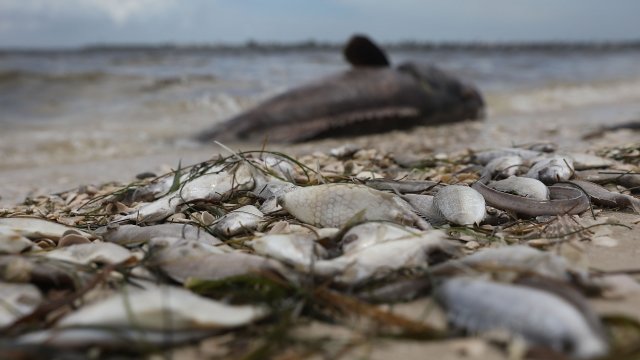 Florida Gov. Rick Scott has declared a state of emergency for parts of the state affected by a harmful algal bloom, also known as a red tide.

Florida is no stranger to red tides. According to the National Oceanic and Atmospheric Administration, these toxic algal blooms happen nearly every summer along the Gulf Coast. But this year, Scott says the bloom has been devastating.

Dead marine life has washed up on beaches along the Gulf Coast. The stench has driven away tourists.

As part of the order, more than $100,000 has been alloted for biologists and scientists assisting with saving animals and cleaning up the beaches. Scott has also ordered $500,000 go to Florida's tourism board to help local people and businesses recover from the drop in vacationers.