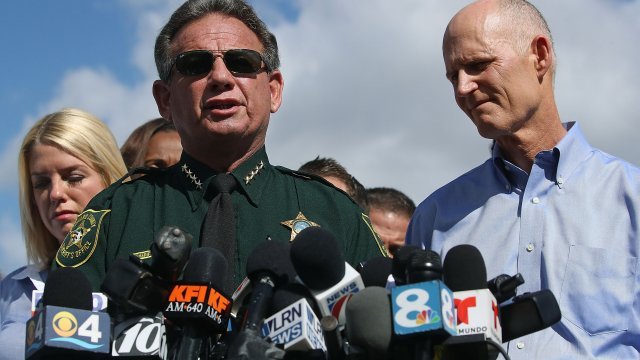 A press release out Monday said it's to pay salary and overtime expenses for those who came to the scene at Marjory Stoneman Douglas High School during the February shooting. Florida accrued millions of dollars in expenses responding to the tragedy.

Some, however, are much less complimentary of Florida officials' response. A former Broward County deputy resigned following backlash for choosing not to enter the school during the shooting.

The Broward County Sheriff's Office has also been criticized for failing to follow up on tips saying the shooter was a threat.