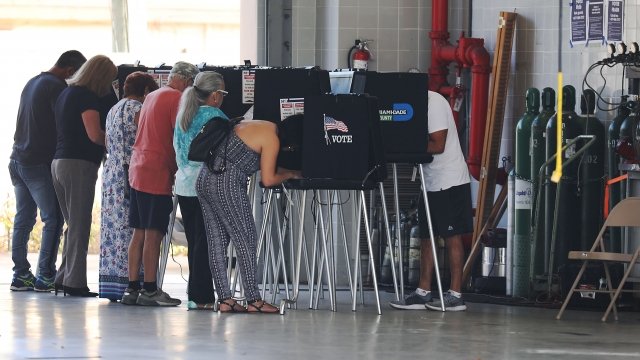 By Stephanie Liebergen
November 6, 2018
Floridians voted on a constitutional amendment that would automatically restore voting rights for felons after they've served their sentence.
SHOW TRANSCRIPT

Florida voters have approved an amendment to restore voting rights for felons.

Florida has one of the strictest disenfranchisement laws in the country. It doesn't allow felons to vote even after they've completed their sentence. Ex-felons can appeal to the state to get their voting rights back, but the process can take years.

Amendment 4 will change Florida's constitution to allow most felons to vote after they've served their time, including any parole or probation. People convicted of murder or sex offenses would not have their rights automatically restored.

The amendment needed approval from at least 60 percent of midterm voters. It's estimated to affect more than 1.4 million Floridians.