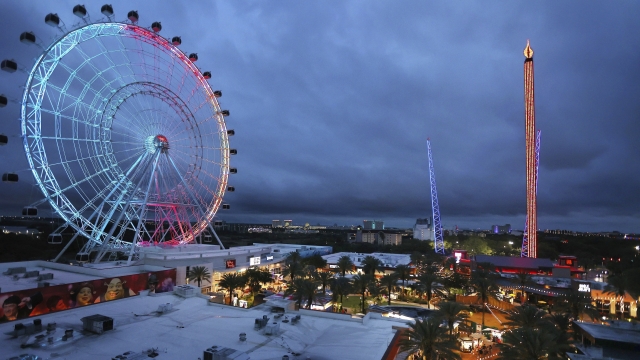 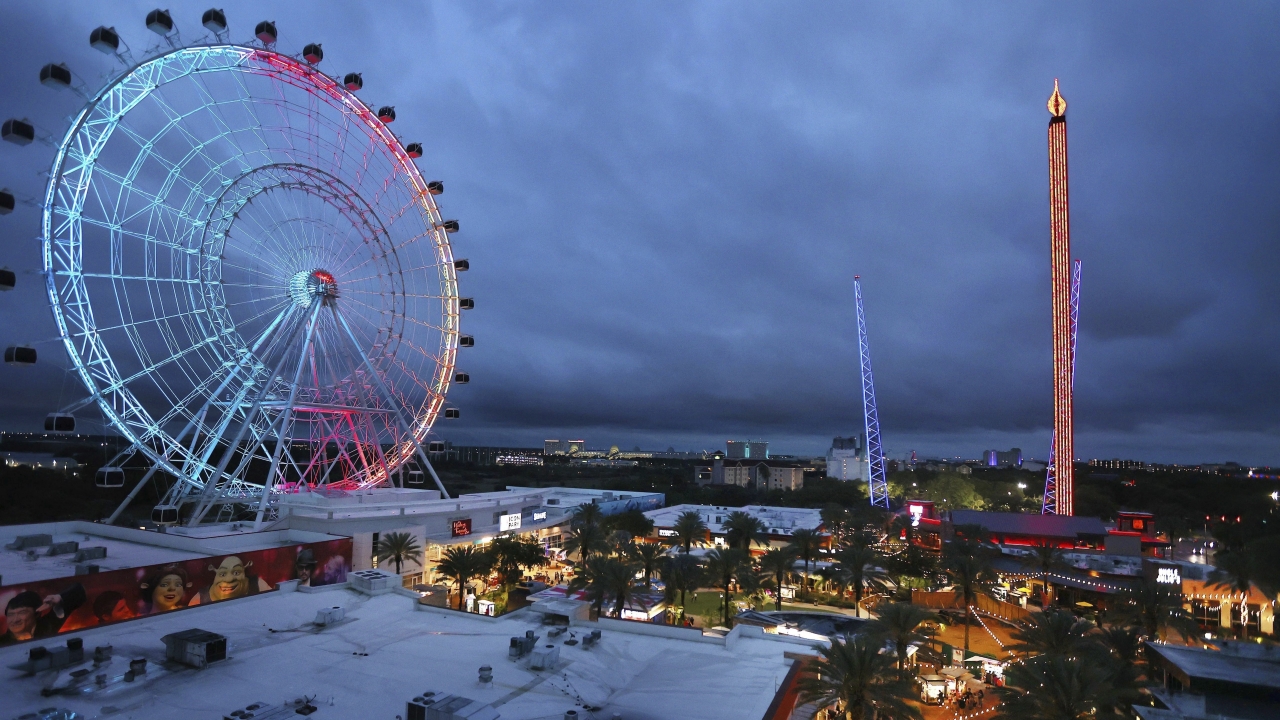 The Orlando amusement park where a teenager fell from a ride and died earlier this year has paused a new sniper-like laser shooting game amid criticism following a recent spate of mass shootings.

The Bullseye Blast game let riders of the 400-foot Wheel at ICON Park pay an extra $5.95 to shoot laser blasters at 50 targets strategically placed along rooftops throughout the park.

In a statement issued Saturday, park officials said that while the ride had been "well-received" by customers, some had questioned whether it was appropriate following mass shootings at a July 4 parade in a Chicago suburb, an elementary school in Uvalde, Texas, and a grocery store in Buffalo, New York.

"Some non-guests and community members expressed that they considered the toy shooting device used to be insensitive," the statement said.

"The attractions industry has many similar games which use similar shooting devices, so that is what we were limited to when exploring the game. However, we believe that a device can and should be designed which does not offend anyone in the community."

While the park has removed the game from its website, earlier this week it offered the following description of Bullseye Blaster: "To get the highest score possible, players need to hit as many of these as possible with their laser blaster during the 18-minute ride."

Critics and supporters of the ride weighed in on social media over the past few days.

"This is in poor taste!" Florida state Sen. Linda Stewart, a Democrat from Orlando, said in a tweet responding to a news story about the ride. Others on social media scoffed at the park for pausing the game.

Controversy has surrounded the park, which is located along Orlando's International Drive, since 14-year-old Tyre Sampson of Missouri fell from the Free Fall tower and died earlier this year.

An investigation later found the teen was nearly 100 pounds over the ride's weight limit. His family has filed a lawsuit.

The park announced the Bullseye Blast in a news release on Thursday.

"The Wheel at ICON Park is the only observation wheel in the world to provide this amazing, new infrared technology, and effectively gamify and reinvigorate the experience to an entirely new audience of gamers," the release said,

The blasters featured a scope and infrared beams that help players aim at targets on roofs.

Dennis Speigel, who is founder and CEO of International Theme Park Services Inc., told the Orlando Sentinel on Friday that he was surprised ICON Park executives, the creators of the blaster game — Amusements LLC and Steradian Technologies — didn't consider the negative.

"Seeing these simulated guns pointed down at you from these heights, from all these cars, just doesn't seem like the right decision," Speigel told the Sentinel. "It's a little bizarre."