Floods In Japan Are Forcing Tens Of Thousands To Evacuate 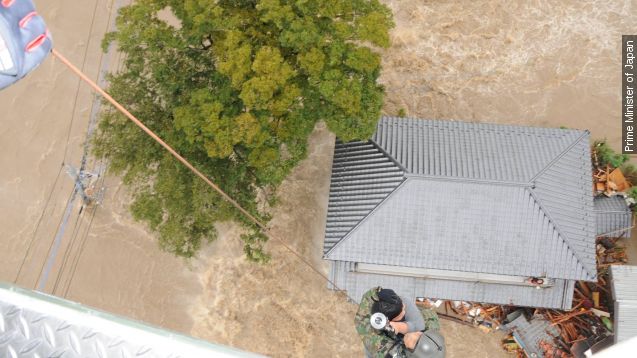 SMS
Floods In Japan Are Forcing Tens Of Thousands To Evacuate
By Jake Godin
By Jake Godin
September 10, 2015
Major flooding in eastern Japan has forced 100,00 to evacuate, and almost 1 million are advised to evacuate.
SHOW TRANSCRIPT

Heavy rain from Tropical Storm Etau has inundated eastern Japan. Some parts have had more than 20 inches in the last 24 hours.

Japan's Ibaraki and Tochigi prefectures, near Tokyo, have been hit hardest.

The government has set up an emergency response headquarters. (Video via Cabinet Public Relations Office of Japan)

Some people have needed rescue by military helicopters.

This video includes an image from The Office of the Prime Minister of Japan and music by Chris Zabriskie / CC by 4.0.