At Least 176 Dead In Japan After Landslides, Heavy Flooding 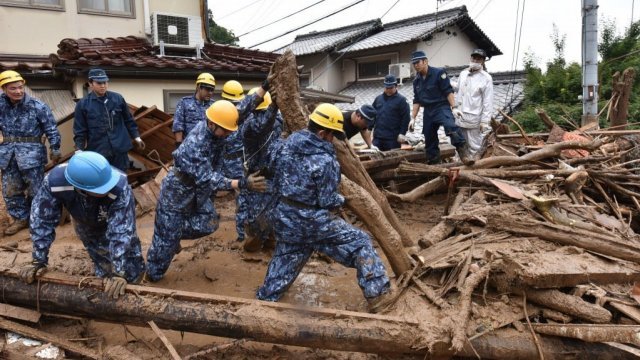 SMS
At Least 176 Dead In Japan After Landslides, Heavy Flooding
By Audrey Esther
By Audrey Esther
July 11, 2018
Since last week, at least 176 people have died in Japan due to heavy flooding and landslides.
SHOW TRANSCRIPT

As of Wednesday, landslides and flooding caused by torrential rain in Japan had killed at least 176 people.

Since the heavy rain began last week, millions have been forced to evacuate and thousands of homes and structures have been damaged.

According to Japanese authorities, this is now one of the deadliest natural disasters to hit the country since the earthquake and tsunami in 2011.

So far, about 75,000 responders have been deployed to the area to assist with search and rescue operations.