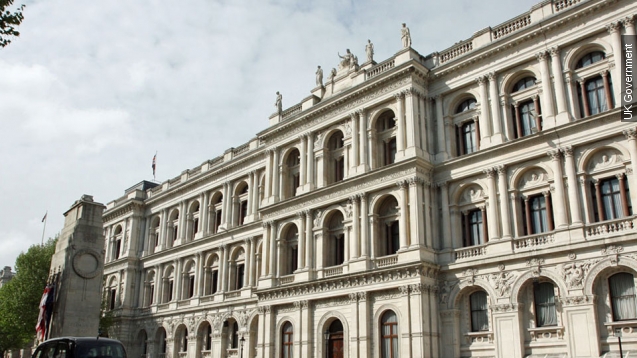 SMS
Flogging Case Strains UK-Saudi Relations
By Eugene Daniels
By Eugene Daniels
October 13, 2015
The case of a 74-year-old British man sentenced to 350 lashes in Saudi Arabia for having wine comes at a strained time for Saudi-UK relations.
SHOW TRANSCRIPT

A British family is asking Prime Minister David Cameron to save their 74-year-old father from a public flogging in Saudi Arabia.

Karl Andree – who has already been in jail since August 2014 – is facing 350 lashes for the crime of possessing alcohol, specifically homemade wine. His family told the BBC they're concerned Andree won't survive the punishment.

"He's had cancer three times, suffers from severe asthma and gout. The shock of the sentence and it being carried out in public, he could potentially have a heart attack," his son, Simon, told 5 News.

Probably more important than his health is the fact that Andree has actually already served his prison sentence. He's currently in month 14 of a one-year sentence. (Video via CNN)

The Foreign & Commonwealth Office released a statement saying, "We are actively seeking his release as soon as possible." It's also been reported Cameron will be writing personally to ask for Andree's release.

This all comes at an awkward time for the Saudi-Britain relationship. In a seemingly unconnected move, the U.K. announced it was canceling a program to train Saudi prison workers. (Video via Sky News)

Cameron had recently defended that program while, at the same time, calling Saudi Arabia out for its treatment of prisoners. (Video via Conservative Party)

"It's right that we do work with Saudi Arabia, but we would never be any part of the punishment they carry out," Cameron told BBC.

Though, there's no concrete connection between the canceling of the deal and Andree's case, his son told The Guardian: "I just hope the breakdown of this deal won't affect him. It was never my intention. This case was always about my father's health."