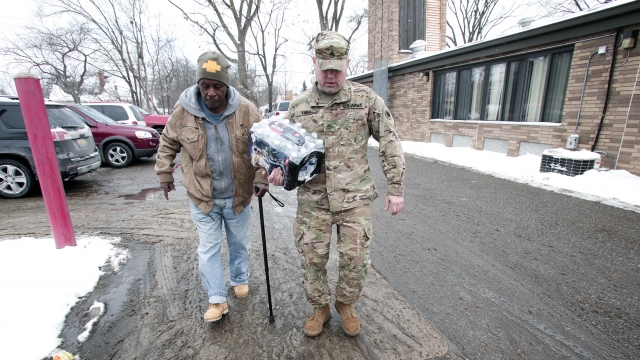 SMS
Flint Water Contamination Could Lead To Manslaughter Charges
By Kate Grumke
By Kate Grumke
February 10, 2016
If the investigation finds a link, officials could be charged with involuntary manslaughter.
SHOW TRANSCRIPT

The water contamination in Flint, Michigan, could lead to manslaughter charges for officials.

"If you have a duty, you breach that duty and because of the gross negligence of that breach, someone died, and you can show the approximate cause of that death, ... then you can have involuntary manslaughter. It's not far-fetched," said Todd Flood, special counsel in charge of the investigation.

Lead pipes carried water to 100,000 residents in Flint. There are possible lead poisoning cases, and as many as nine deaths from Legionnaires' disease.

The investigation is looking into if and when officials knew what was happening.