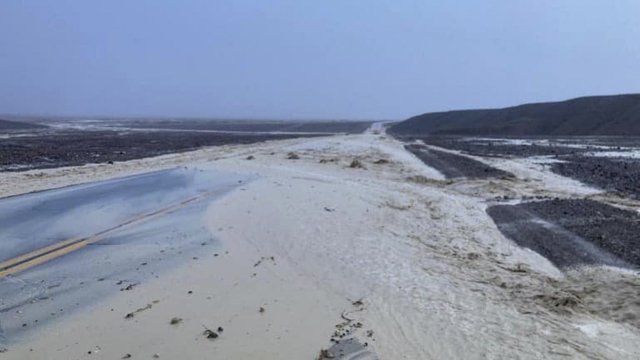 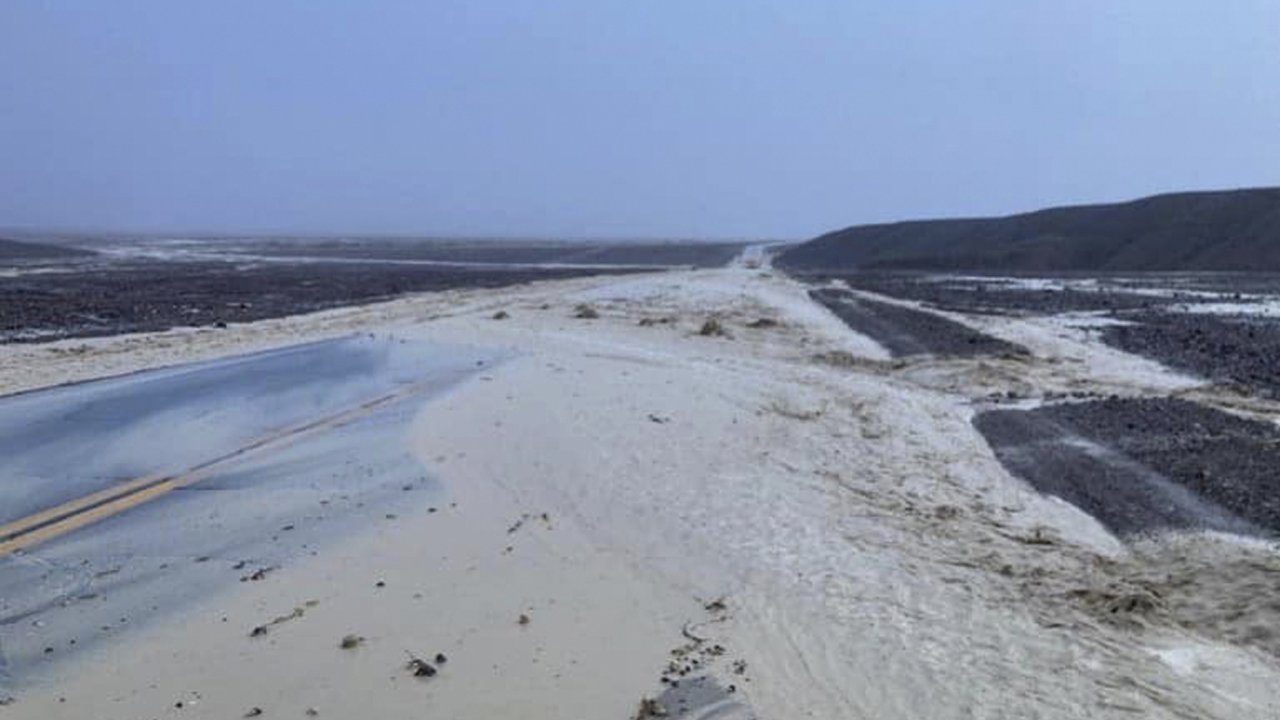 Flash flooding at Death Valley National Park triggered by heavy rainfall on Friday buried cars, forced officials to close all roads in and out the park and stranded about 1,000 people, officials said

The park near the California-Nevada state line received at least 1.7 inches of rain at the Furnace Creek area, which park officials in a statement said represented “nearly an entire year’s worth of rain in one morning.” The park’s average annual rainfall is 1.9 inches.

About 60 vehicles were buried in debris and about 500 visitors and 500 park workers were stranded, park officials said. There were no immediate reports of injuries and the California Department of Transportation estimated it would take four to six hours to open a road that would allow park visitors to leave.

It was the second major flooding event at the park this week. Some roads were closed Monday after they were inundated with mud and debris from flash floods that also hit western Nevada and northern Arizona hard.

The rain started around 2 a.m., said John Sirlin, a photographer for an Arizona-based adventure company who witnessed the flooding as he perched on a hillside boulder where he was trying to take pictures of lightning as the storm approached.

“It was more extreme than anything I’ve seen there,” said Sirlin, who lives in Chandler, Arizona, and has been visiting the park since 2016. He is the lead guide for Incredible Weather Adventures and said he started chasing storms in Minnesota and the high plains in the 1990s.

“I’ve never seen it to the point where entire trees and boulders were washing down. The noise from some of the rocks coming down the mountain was just incredible,” he said in a phone interview Friday afternoon.

“A lot of washes were flowing several feet deep. There are rocks probably 3 or 4 feet covering the road,” he said.

Sirlin said it took him about 6 hours to drive about 35 miles (56 kilometers) out of the park from near the Inn at Death Valley.

“There were at least two dozen cars that got smashed and stuck in there,” he said, adding that he didn’t see anyone injured "or any high water rescues.”

During Friday's rainstorms, the "flood waters pushed dumpster containers into parked cars, which caused cars to collide into one another. Additionally, many facilities are flooded including hotel rooms and business offices,” the park statement said.

A water system that provides it for park residents and offices also failed after a line broke that was being repaired, the statement said.

A flash flood warning for the park and surrounding area expired at 12:45 p.m., Friday but a flood advisory remained in effect into the evening, the National Weather Service said.