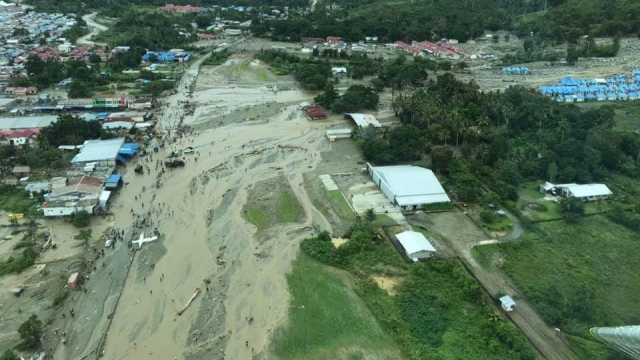 Days of heavy rain triggered the deadly floods and mudslides in the province of Papua.

Office of the Indonesian President

Days of heavy rain triggered flash floods and mudslides in Indonesia's easternmost province of Papua. At least 79 people have died and dozens more are missing.

An earthquake also rocked the country's popular tourist island of Lombok Sunday. The quake caused a landslide that killed at least three people and damaged hundreds of homes. The Indonesian National Search and Rescue Agency said it evacuated dozens of residents from the area impacted by the earthquake.

But a spokesman for the disaster management agency warned that the death toll could go up, since rescue teams are still working to find people who are missing.