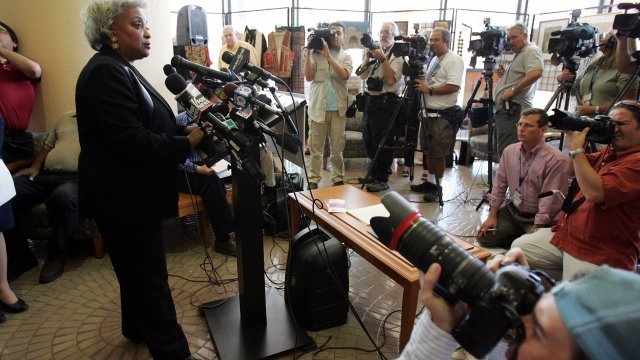 A Florida election official says she's suing for her reputation after what she says was a "malicious" suspension from her position.

Brenda Snipes has been the elections supervisor in Broward County since 2003. She reportedly planned to resign due to controversy around her handling of the Florida governor's race and its recount.

But Snipes was forced to step down earlier than expected after Gov. Rick Scott suspended her, saying she'd misused her position and neglected her duty, among other offenses.

In response to the suspension, Snipes not only rescinded her resignation but also filed a federal lawsuit asking to be reinstated. She says some of the allegations against her are false and that she never got a fair chance to respond to them.

A spokesman for Scott said the suit was Snipes' attempt to "rewrite the history of her failed leadership."