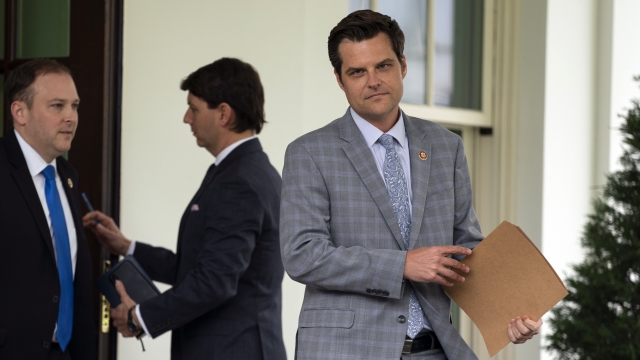 Days after Twitter flagged one of President Trump's tweets for "glorifying violence," the social media platform has flagged a Florida Congressman's tweet for the same reason.

On Monday, Twitter flagged a tweet by Republican Rep. Matt Gaetz that suggested it was time to "hunt down" members of Antifa, an autonomous anti-fascist movement that has been active in protests over the death of George Floyd.

Gaetz tweeted, "Now that we clearly see Antifa as terrorists, can we hunt them down like we do those in the Middle East?"

Twitter hid the tweet from view, while attaching a warning that the tweet violated its rules against "glorifying violence." However, the company did not delete the tweet because it said it is in the "public’s interest for the Tweet to remain accessible."

On Sunday, President Trump said the he wanted to declare Antifa a terrorist group.

Gaetz responded to Twitter's actions saying the flagging of his tweet was a "badge of honor" and that Twitter should stop "enabling" Antifa.