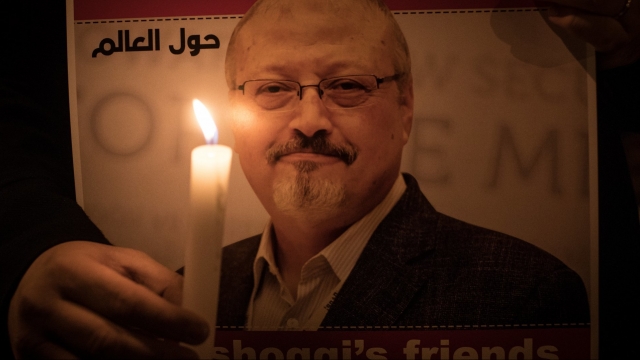 Saudi Arabia's public prosecutor says five people have been sentenced to death for the murder of journalist Jamal Khashoggi.

Monday's announcement also notes that three other people have been sentenced to prison for their roles in covering up the murder and violating the law.

Khashoggi, a Washington Post columnist, was a known critic of Saudi leadership. He was killed in October 2018 during a visit to the Saudi consulate in Istanbul. Turkish investigators said a Saudi hit squad murdered him inside the consulate, but his body has never been found. Reporters have been skeptical about the Saudi investigation and prosecution.

The CIA concluded immediately after the murder that Saudi Crown Prince Mohammed bin Salman ordered the assassination. In June, U.N. investigators released a report saying there's "credible evidence" warranting an investigation into whether high-level officials, including the crown prince, are linked to the murder. But they said they had not found a "smoking gun" directly linking the crown prince to the crime.

Salman denies ordering the murder, but said during a 60 Minutes interview in September that he does claim responsibility for Khashoggi's death.

The public prosecutor says 10 defendants were released due to insufficient evidence.