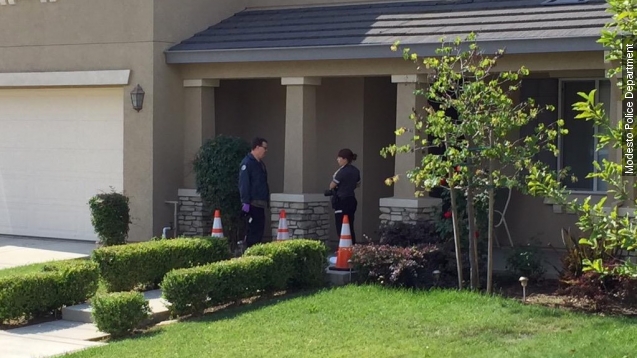 "Martin Martinez. He's been booked into the Santa Clara County jail on suspicion of murder. ... There is a past relationship between Martin and one of the victims inside, and one of the children is his," police spokeswoman Heather Graves told reporters.

Authorities first discovered the grim scene Saturday afternoon after responding to a family friend's request to check on the home. Martinez was named as a person of interest in the case shortly after, and was taken into custody early Sunday.

Police haven't released any information about a possible motive or cause of death in the case. But we do know all of the victims were related, and the children were aged 6 months to 6 years old. (Video via KRON)

"You just don't expect that in your neighborhood. You think it's safe, you think it's quiet, and then you see this," one neighbor told KTLA.

This video includes images from the Modesto Police Department.