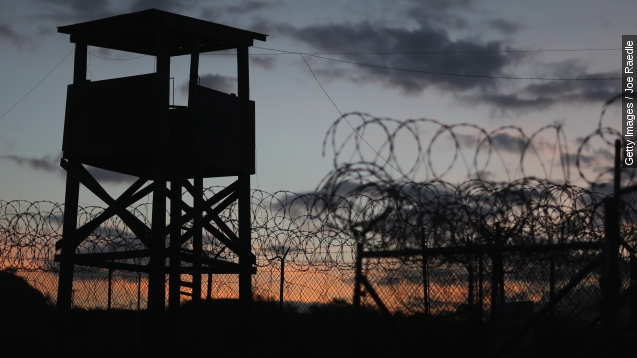 SMS
Five Guantanamo Detainees Sent To United Arab Emirates
By Kate Grumke
By Kate Grumke
November 15, 2015
The prisoners were from Yemen, as are most who are cleared for transfer, but the U.S. has to ask third-party countries to take them in.
SHOW TRANSCRIPT

On Sunday, the Pentagon announced it had transferred five Guantanamo detainees to the United Arab Emirates.

The detainees were lower level inmates from Yemen, which is the country most Guantanamo inmates who are recommended for transfer are from.

The U.S. hasn't sent a prisoner cleared for transfer to Yemen since 2010, and it doesn't look like that will change any time soon, as the country continues to see unrest.

And the Senate recently passed a military spending bill that would bar the transfer of inmates to prisons in the United States. The Obama administration has said President Obama will sign that bill, even though it will throw a wrench in his plans to close the prison.

So, for the rest of the Yemeni detainees cleared for transfer, that means the Obama administration will have to keep sending them to third-party countries in small numbers.

Which is a grindingly slow process. There are now 107 detainees still being held at Guantanamo.