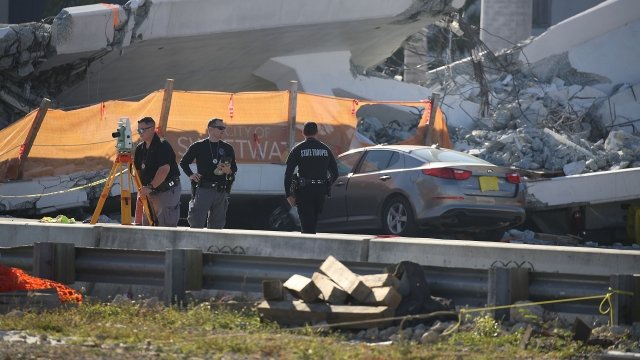 A survivor of last week's deadly bridge collapse at Florida International University in Miami is suing companies involved in its design and construction.

According to the Miami Herald, Marquise Rashaad Hepburn was "seriously injured" when the 950-ton pedestrian bridge collapsed Thursday. He's suing for reckless negligence.

Hepburn was one of at least nine people who were transported to hospitals following the incident. Six others were killed.

It's still unknown what exactly caused the $14.2 million bridge to collapse. But as Newsy previously reported, an engineer noticed cracking in the span just days before it crumbled.

In his lawsuit, Hepburn reportedly says that cracking "should have been taken more seriously" and that the defendants were aware of the dangers of conducting a stress test on the bridge without rerouting traffic or supporting the bridge in some way.

Hepburn is reportedly asking for more than $15,000 in damages.