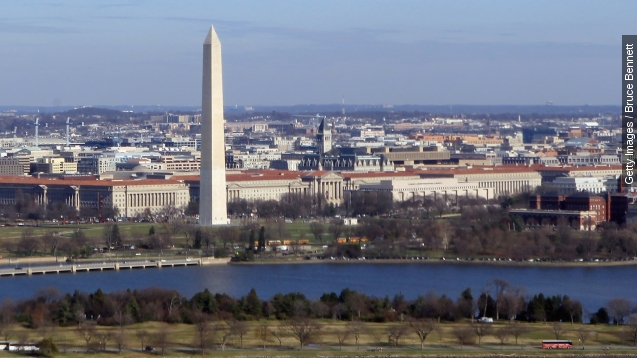 Along with housing our nation's governing body, Washington, D.C. can also call itself home to some of the fittest Americans.

After looking at the 50 largest metropolitan cities, the American College of Sports Medicine released its annual ACSM American Fitness Index Tuesday, with Washington D.C. ranked as the fittest in the U.S.

To come up with its findings, ACSM not only looks at the health habits of people living in those cities, but what the community is providing to its patrons to stay fit.

The report states there's 6.4 parks and 5.7 swimming pools per every 100,000 people. There's also 2.2 recreational centers available for every 20,000 people. The population of Washington D.C. is 6 million.

A board chair for the report told NBC, "If you walk out onto the (National Mall) at noon, tourists can't get around because there are so many people exercising ... And on the weekend they are playing kickball on the Mall."

Minneapolis, Minnesota scored as the second fittest city, with 73.5 percent of its population saying it'd exercised in the last 30 days.

The report also looked at if the cities were exercising the way the Centers for Disease Control and Prevention advises the U.S. population to.

The CDC says adults ages 18 to 64, should perform a moderate-intensity exercise, like walking briskly, for two and a half hours each week.

Out of a target goal of just 32 percent, only 24.3 percent of Washington, D.C.'s population met those guidelines, as well as 27.5 percent of Minneapolis'. San Diego tipped the scales at 33 percent.

"They set a low bar here and we're still not beating it," the executive director of Trust for America's Health told USA Today.

According to the National Institutes of Health, around two-thirds of Americans are either overweight or obese.

On the other end of the spectrum, Memphis, Tennessee, and Indianapolis, Indiana were the two least fit cities out of the 50 looked at.

This video contains images from Getty Images and Tim Evanson / CC BY SA 2.0.