Hunters Could Soon Bring Their Elephant Trophies Home To The US 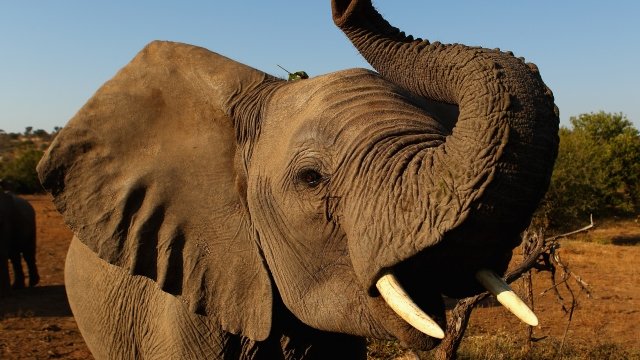 SMS
Hunters Could Soon Bring Their Elephant Trophies Home To The US
By Katie Cammarata
By Katie Cammarata
March 6, 2018
The U.S. Fish and Wildlife Service said it will start looking at applications to bring elephant and lion trophies to the U.S. on a case-by-case basis.
SHOW TRANSCRIPT

The U.S. Fish and Wildlife Service will start to look at elephant and lion trophy imports on a "case-by-case basis."

That goes against President Donald Trump's promise to maintain the Obama-era ban on the practice.

Fish and Wildlife made the announcement in a memorandum dated March 1. The memo said the agency withdrew its previous findings, saying they aren't effective for imports of "sport-hunted African elephant trophies" anymore.

But the department said it will still consider the information from the findings, as well as the status of the species population, when reviewing applications.

In November, the organization announced it would reverse the ban because it said hunting elephants and lions could help conservation efforts, but Trump put that decision on hold.