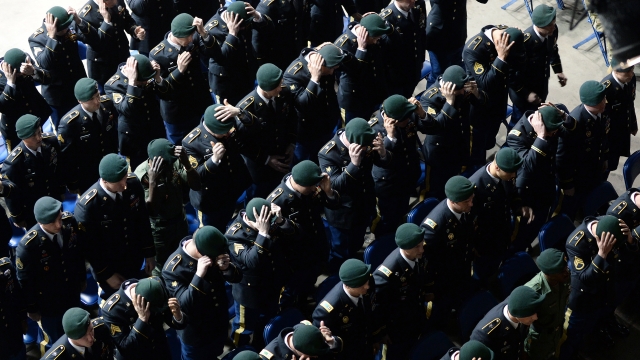 SMS
Military Officials Anticipate First Woman Green Beret's Graduation
By Meg Hilling
By Meg Hilling
February 27, 2020
She is reportedly one of only a few women who have passed a 24-day assessment program prior to the course.
SHOW TRANSCRIPT

Military officials say a National Guard soldier could be just weeks away from becoming the first woman Green Beret in the country’s history.

The New York Times reports that the soldier is in the final stages of a yearlong qualification course and that she looks set to graduate. In order to be accepted in the course, she had to pass a 24-day assessment program on military skills like navigation and marching with combat gear that few women have mastered.

The Green Berets, officially known as the Army Special Forces, are used for missions around the world that range from combat operations to vaccinating children.