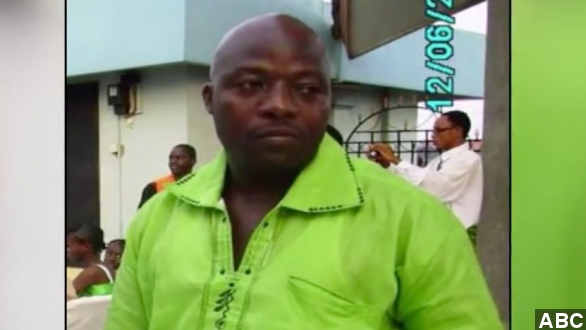 Thomas Eric Duncan, the Liberian national who was the first in the United States to be diagnosed with Ebola died Wednesday morning.

Texas Health Resources, a non-profit that manages the hospital where Duncan was being treated announced Duncan's death saying, "It is with profound sadness and heartfelt disappointment that we must inform you of the death of Thomas Eric Duncan."

Duncan entered the United States from Liberia September 19th after coming in close contact with a Liberian pregnant woman who died from the disease. He flew into Washington D.C. and then into Dallas.

Duncan went to Texas Presbyterian Hospital to ask about his symptoms but was sent home with antibiotics, he was brought back in two days later and diagnosed with Ebola.

"Every individual that had contact with the initial case has been identified ... All of those individuals are being seen once a day."

This terrible news comes at a time when the threat of Ebola in the United States — and the resulting coverage — are at a peak. But here are some facts: