For The First Time, Statue Honoring A Woman Is In This Spot In London 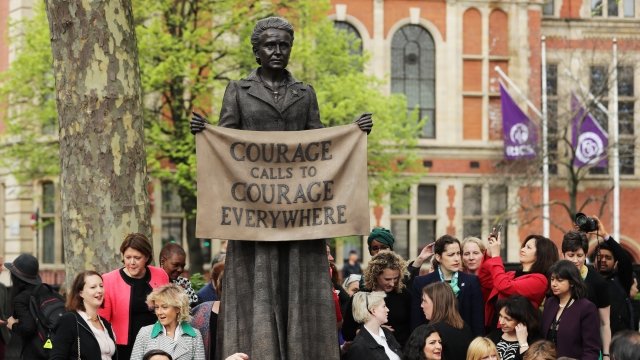 SMS
For The First Time, Statue Honoring A Woman Is In This Spot In London
By Katie Cammarata
By Katie Cammarata
April 24, 2018
For the first time ever, a statue honoring a woman stands in London's Parliament Square.
SHOW TRANSCRIPT

For the first time ever, a statue of a woman stands in London's Parliament Square.

This is Millicent Fawcett. She campaigned in the 20th century for women's right to vote. A year before her death in 1929, women there got full voting equality.

As for the square itself, until now, all 11 statues there were men.

This is also the first of those designed by a woman — artist Gillian Wearing.

Tens of thousands of people signed a petition to put a statue of a woman in Parliament Square.

The base of the statue also has names and pictures of the men and women who were part of the suffrage movement.